The Best Biking Trails in Nantucket 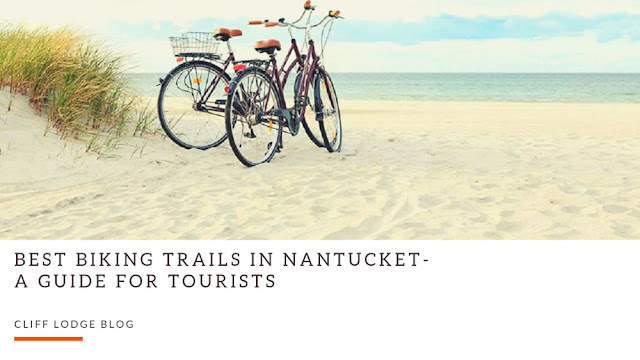 Located on a tiny island off of the Cape Cod coast, Nantucket, Massachusettes is a tourist destination worth the trip. Nantucket along with two smaller surrounding islands - Tickermuck Island and Muskeget Island - is the Town of Nantucket. The three islands are also known as Nantucket County. From biking trails to quaint mom-and-pop shops, Nantucket has plenty to do for anyone trying to take a break. Cyclists included!

If you’re looking for great biking options with some additional extracurriculars, don't overlook Nantucket. Here are a few of the best bike trails in Nantucket, as well as some tips and tricks on biking around this wonderful island. 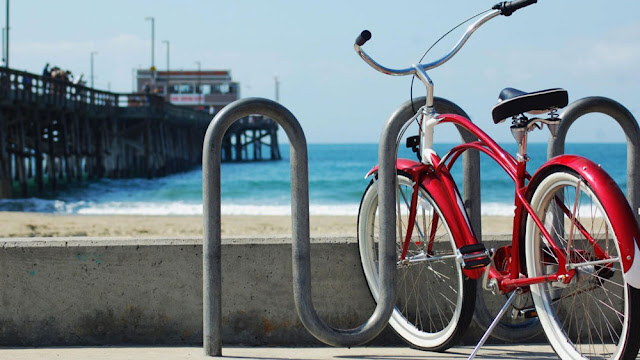 The name Nantucket isn’t ordinary at all. Many theorize the name derives from the Wampanoag who was an American Indian tribe based on Nantucket Island. No one is certain of the word's original meaning but etymologists think it means “in the midst of waters.” Along with its mysterious name, Nantucket is nicknamed “The Little Grey Lady of the Sea.” This nickname refers to how Nantucket appears when covered by fog which is a very ordinary occurrence during the New England rainy season.

Nantucket was colonized in 1641 by the English. As stated above, previously it had been home to the Wampanoag people. William, Earl of Stirling, gave the island to Thomas Mayhew who split it ten ways between himself and nine others who also became owners of the island. These men were allowed to invite a single partner each and so the settling began. 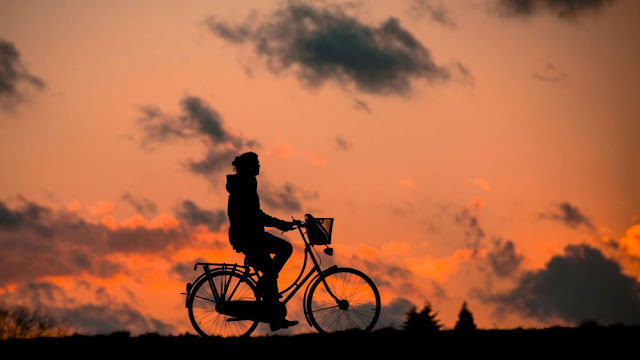 Unlike other parts of America, biking in Nantucket is very safe. In bigger cities like New York or DC, it’s common to hear stories of bikers being hit or harassed by motorists. Needless to say, usually there’s tension between bikers and motorists. However, that’s not the case in Nantucket. Rules are in place to protect both motorists and bikers.

Like any small town or city, Nantucket has a downtown area. There, you’ll find beautiful red-brick buildings, colorfully painted houses, and some historic sites, as well. All that being said, it’s natural to want to bike through the area. However, if you go biking downtown, bike on the streets! Biking on the sidewalk is not allowed and disturbs walking traffic.

Also, make sure to keep your headphones out of your ears! It may be tempting to listen to some scenic tunes while admiring the natural beauty of Nantucket. Still, Nantucket officials advise against this activity because-simply put- it’s too easy to get distracted. Instead of blasting music in your ears, listen to the noise surrounding you. Because it’s downtown, the area will be full of noise from cars, to birds, to chatter. Take in the full experience and stay safe.

Lastly, ride slowly on the bike paths since many are multipurpose. And don’t forget your helmet and bike light for night trips. 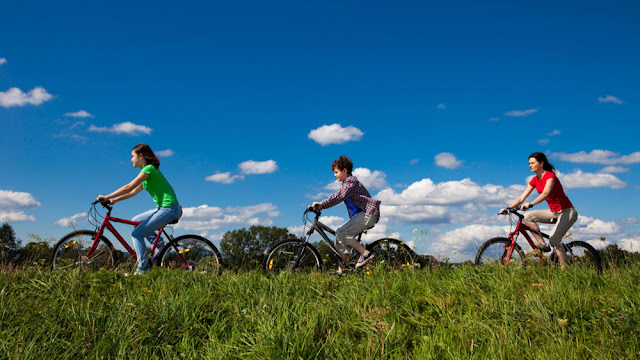 Now, the part you’ve been waiting for - the best biking trails in Nantucket!

1. The East Side Trail

The East Side Bike Trail is twenty-eight miles long, so feel free to take a lot of breaks if you’re not used to biking. You also have the option of starting at a later point on the bike trail. This way you don’t get the entire twenty-eight miles. Or, if you’re the opposite and want to experience the full ride, just hop on and ride!

Because the trail is so long, there’s a lot of natural beauty to admire. Per its name, the trail takes you along the entire eastern part of Nantucket. Beginning in town, you’ll ride past lighthouses, beaches, and eventually up to Altar Rock where you’ll get a kind of bird’s eye view of the island.

Lastly, this bike trail takes you past a lot of tasty restaurants. Make sure to take a break and recharge before finishing the trail. Fried clams are a highly recommended treat!

If you’re not a Nantucket native or from the New England area, you may have never heard of Harvey Young. He’s the owner of Young’s Bike Shop and the individual who gave the Triple Crown Bike Path its name. This path takes riders all around the Nantucket Harbor, Nantucket Sound, as well as the Atlantic Ocean. In total, this bike path is fifteen-miles long and a great way to get some exercise.

However, if you’re not looking to exhaust yourself too much, feel free to shorten the trip. Instead of biking the full fifteen miles (or the full thirty if you count the way back), catch a bus partway. They’re used to bikers and have racks installed on the buses.

Enjoy Brant Point, Jetties Beach, Madaket Beach, and, of course, the ocean as you move along this trail. It’s a sight worth seeing!

If you’re a fan of cranberries, this trail may just be for you. The Polpis Bike Trail is also known as the Milestone Cranberry Bogs. Cranberry bogs are shallow bowls of peat soil. They’re usually found near areas with lots of water and sand. And, of course, they’re great when harvesting starts in Nantucket!

This trail takes you right past the bogs, so you’ll get a full view. Because the bogs are located near large areas of sand and water, it’s best to use a mountain bike on this trail vs. a road bike. Though road bikes are usually smaller and easier to transport, they won’t get much traction on this sandy trail. Make sure to plan accordingly. 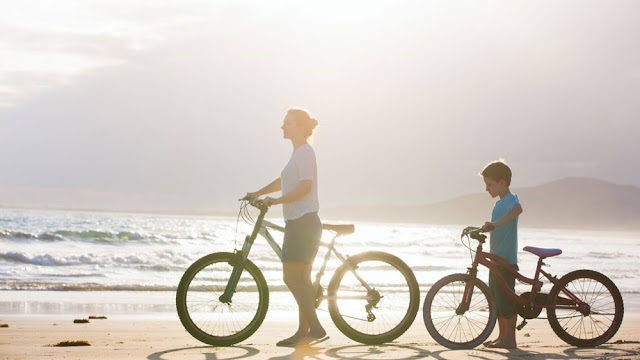 Though the above trails are highly recommended, there are plenty of other bike trails in Nantucket. Here are a few honorable mentions if you’re looking to make the most out of your trip. Enjoy!